Creative Incubator Artist of the Day: Memphis and the Grande

Creative Incubator Artist of the Day: Memphis and the Grande

Get to know an artist! Today’s Incubator spotlight is on Ross Pambrun (Memphis and the Grande)

Today we are featuring original country rock band Memphis and The Grande, led by the charismatic lead singer and guitarist Ross “Memphis” Pambrun. With original songs, some strategic covers, and a style he describes as “new music that feels like an old friend” Ross and his talented side-folks project an old time country sensibility. As Ross says, “This is music to tap your finger to. To tap your toes. To hold your girl tight on a Saturday night like nothing else matters (because nothing else does). To look at a starry night full of wonder and light and promise and know that everything is going to be ok in the end.”

From their cowboy hats and embroidered western shirts, to their well worn boots, they look like they’ve been on the road forever. The band is full of pros who cut their teeth in other well known local bands. However they have only been together as The Grande since 2019. And we all know what happened in 2020. The pandemic shut down performance opportunities for artists across the board. Singers and musicians were hit hard. cSPACE’s Incubator program was an opportunity to get people practicing their craft, even though the world was in lockdown. Memphis applied for a spot as a way to sharpen up and get ready for reopening. When the world was ready for live music again, Memphis and the Grande would be ready too. “We were playing more of our own music and wanted to recharge with some new members and rebrand to showcase this new experience.” As lockdown restrictions became stricter and stricter, there were more and more challenges to rehearsing as a group. Despite all the challenges and necessary shifts in direction, Ross has kept a smile and a positive attitude that has allowed him to get through the past year with grace.

During the latter part of the Incubator, things started to change. More people were getting vaccinated against Covid-19, case numbers were going down, and the province prepared for lifting restrictions. The band was indeed ready. Since July 1st, Memphis and the Grande have been playing regular spots at Sunnyside Summer Nights, and they are soaking up the exposure like sunshine.

cSPACE: If you’ve seen Memphis and the Grande, you know that Ross is telling the truth. Every show is full of energy as Ross works the crowd, every song is meant for dancing, and the band is ever grateful for the opportunity to be doing what they love again.

cSPACE: What excites you about the Creative Incubator?

RP: It’s re-energized us to connect with ourselves and be creative amongst other artists who are also on a journey.

cSPACE: Ross cites the supportive resources provided during the Incubator as one of the most positive things that emerged. Ross and the band were able to take advantage of private coaching sessions with marketing and branding expert Michael Dargie (Make More Creative) as well as the technical support of the technicians in the cSPACE Studio Theatre.

cSPACE: At cSPACE we live by the 4C’s: Creativity, Community, Collaboration, and Change. Which of these resonates the most with you right now?

RP: Community. People from various walks of life with their own journey but are all eager to support each other. Providing positive feedback for inspiration.

cSPACE: Where do you see yourself in five years?

cSPACE: Luckily, Memphis and the Grande didn’t have to wait too long to see their dream come true. As Ross stood on the stage at a recent Thursday night at the Sunnyside Container Park, he told stories to the relaxed summer night crowd. The band smiled and stood ready to rock. As the crowd responded to the classic country rock sounds of their original songs, Ross was in his element; he was right. Everything really was going to be okay in the end.

To find out more about upcoming gigs and to listen to their music, follow Memphis and the Grande on Reverb Nation. 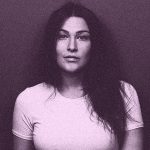 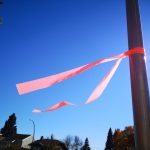