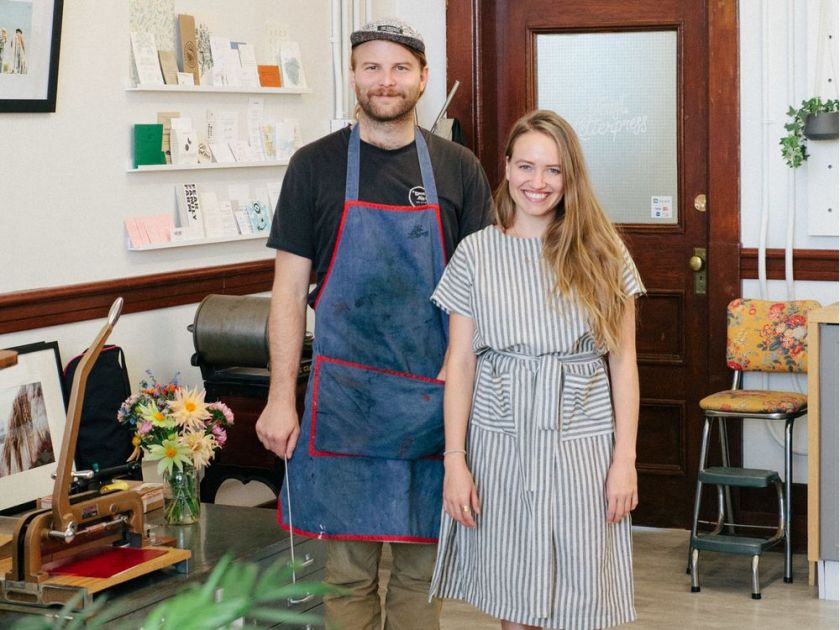 Nestled into the former principal’s office on Level 2 of cSPACE King Edward you will find the home of FEAST Letterpress, Calgary’s only fully custom letterpress shop. Specializing in hand-printed work, FEAST uses a variety of different presses in the studio – all from the 1920s to the 1960s. They create beautiful and elegant hand printed paper products. Everything is hand printed by co-owners and partners Jessica Brousseau and Ian Gregory, one colour at a time. In a time when cheap online one-size-fits-all companies are increasingly after our business to produce cards and stationary, FEAST’s process is delightfully analog, and refreshingly hands-on.

A trip to Australia

FEAST’s story starts in 2011 with a serendipitous trip to Australia. Jessica, a new graduate of ACAD with a Bachelor in Design, and Ian, with a background in photography, had been freelancing and experimenting with different creative outlets. Nothing really settled with the two until, during some travels in Australia, they met a couple who had a letterpress studio. The couple generously shared their time with Jessica and Ian, allowing them to explore the studio, learn their processes and get inspired. It was here that Jessica and Ian printed their first card. They instantly fell in love with the process. After doing a bit of preliminary research, it seemed like Jessica’s hometown of Calgary had little in the way of competition. It was a fun and viable place to start. 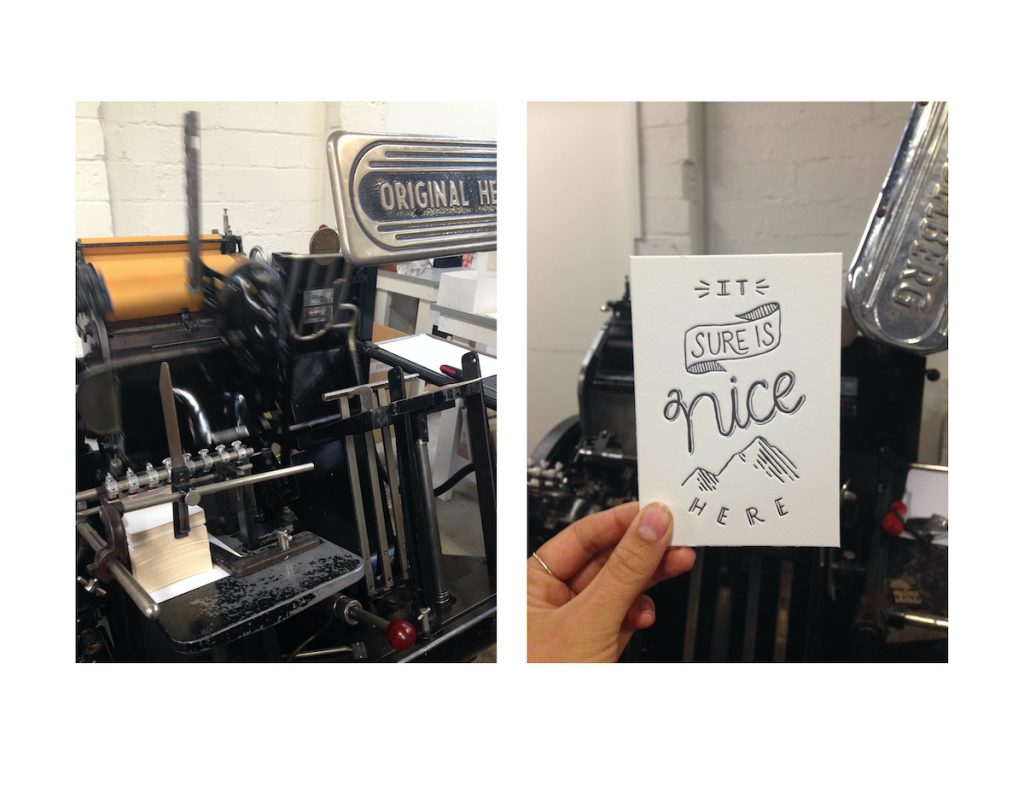 They had no formal business model or plan in place, just a passionate desire to start something of their own. The first thing they needed was a letterpress. Jessica and Ian quickly found what they needed in Indianapolis. They drove down towing a U-Haul behind them, loaded up their first letterpress and drove it back to Calgary. The first studio was their garage in Bowness.

“In the garage we taught ourselves how to use the press and started figuring out what we could do with it.

“We applied for Market Collective, which has been a really important…partner I guess in our development. That gave us incentive to start creating some paper goods and see what we could do with it.

“We knew the garage was not a permanent home for the press or for whatever studio it was that we were building. So we began looking for space.” 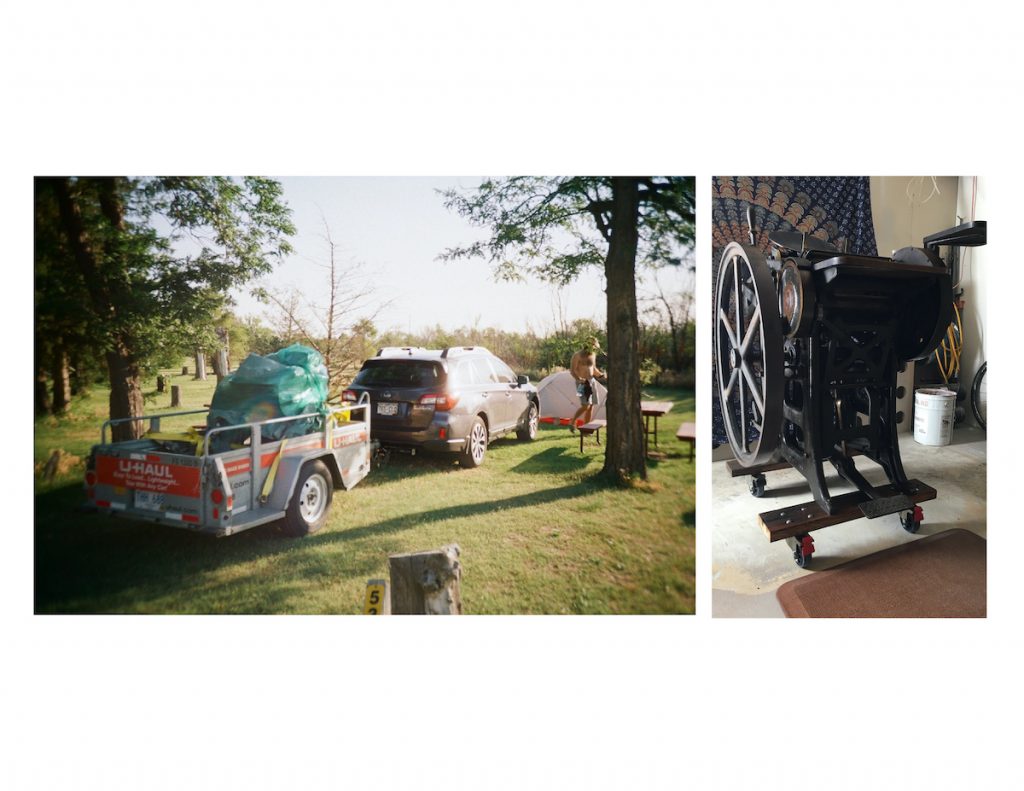 The road home with an antique letterpress in the back of a U-Haul trailer.

Getting out of the garage

The pair needed someplace that was affordable, where they could figure things out, that wouldn’t put too much financial stress on their new business. cSPACE King Edward was one of the first places they looked at, but at the time it was fully leased. They considered a few different options before settling on Voltage (now Nvrld). It was, ironically enough, another garage. A converted mechanic’s garage, Voltage was cool, a good place to start and fit the bill in many ways. But the lo-fi graffiti vibe was not in alignment with the swanky upscale designs they were marketing. They were open to other opportunities.

The right place at the right time 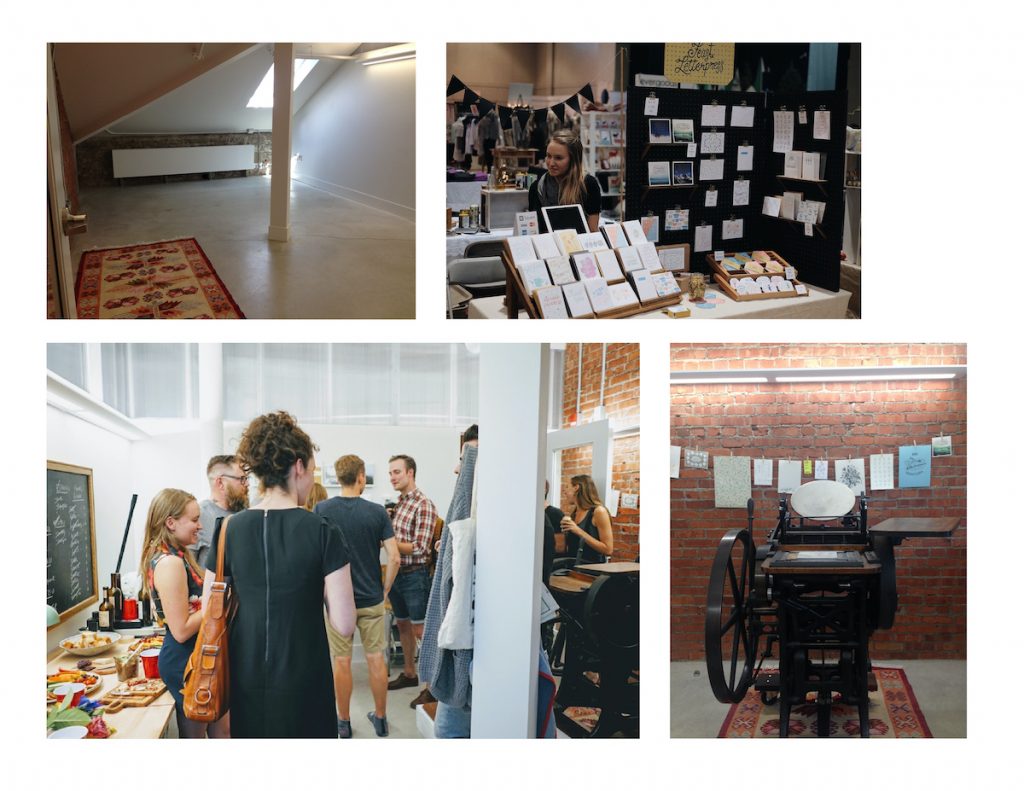 FEAST’s first studio on the fourth floor at King Edward.

Then one day in 2017, Jessica and Ian decided to check out the hallway exhibitions at King Edward for the Exposure Photography Festival. They ran into Karilynn Thompson, cSPACE’s first administrator, who was excited to give them a tour of the building. They were in the right place at the right time. They learned that the cSPACE office was moving from its fourth floor studio into a bigger space, which left a studio open. They quickly signed up and moved in.

“This was our first real home and this made such a huge difference for us. It all of a sudden felt to us as if we were offering something that was real and tangible. It felt like a place we were really proud to bring clients to. Because of the subsidized rent we were able to make these moves really organically without taking these huge financial risks. It felt like a safe space to explore this process that was really new to us. We loved being upstairs… [T]he other thing that made us feel like this could be a real tangible business for us was the amount of collaborative creation we were able to do with other tenants in the building.”

FEAST’s first professional jobs were for other creatives in the cSPACE community. Working with artists like Cecile Albi, Doug Driediger from Metrographics, and Anneke Forbes allowed FEAST to learn new skills within their craft. The ability to connect with other creative people in the building increased their professional network in the city and helped them grow. There was also the support of a creative community that understood where they were coming from.

Bursting at the seams

As the business expanded, FEAST was quickly outgrowing their funky garret style studio. As it happened, a larger space became available on the 2nd floor. Jessica and Ian seized the opportunity to grow their tenancy and expand their exposure with the clusters of other maker-retail and artist ‘hives’ on the main gallery floor. Proximity to Blackboard Gallery and the Alberta Craft Gallery  now made the 2nd floor a destination for browsers and buyers in the neighbourhood. They were also able to invite other artist friends into their space, increasing opportunities for collaboration and be an artist hub in their own right.

The roomier space has allowed FEAST to get a second press as well.  This new press allows the company to print larger, print better, and learn new things. Overall, the community and supportive environment at cSPACE have allowed FEAST to put down roots in Calgary, instead of taking their skills elsewhere in Canada.

Getting the word out

“Just speaking to the exposure we have been able to get and gain from being in the building, we’ve never done any formal advertising at all. We’ve not been following any prescribed business plan other than some social media presence and drawing on the community connections that we have here…So many tangible things have come out of the woodwork from being here.”

One result of FEAST’s presence in King Edward was a recent feature article by David Parker in the Calgary Herald. The journalist had been in the building to meet with CEO & President Deeter Schurig, and happened to stop by the studio. Excited by what he saw, David contacted them a while later asking if he could write a profile on their work. This kind of free advertising is invaluable for boosting FEAST’s profile as a design duo to watch.

Where we are now

Like everyone, FEAST is coping with the uncertainty of the current situation relating to Covid-19. They are doing a lot of pivoting, and preparing for what the future might look like, post-pandemic. Drawing on Jessica’s design skills, and Ian’s photography background, they are filling in the gaps as best they can.

With time on their hands, they still felt the need to create and had a desire to contribute in whatever way they could. The result is a new printing of simple and elegant letter writing sets, called “Notes from Quarantine.” Handset with metal and wood type, FEAST sold out their run of letter sets quickly, with proceeds going to the Calgary Food Bank. 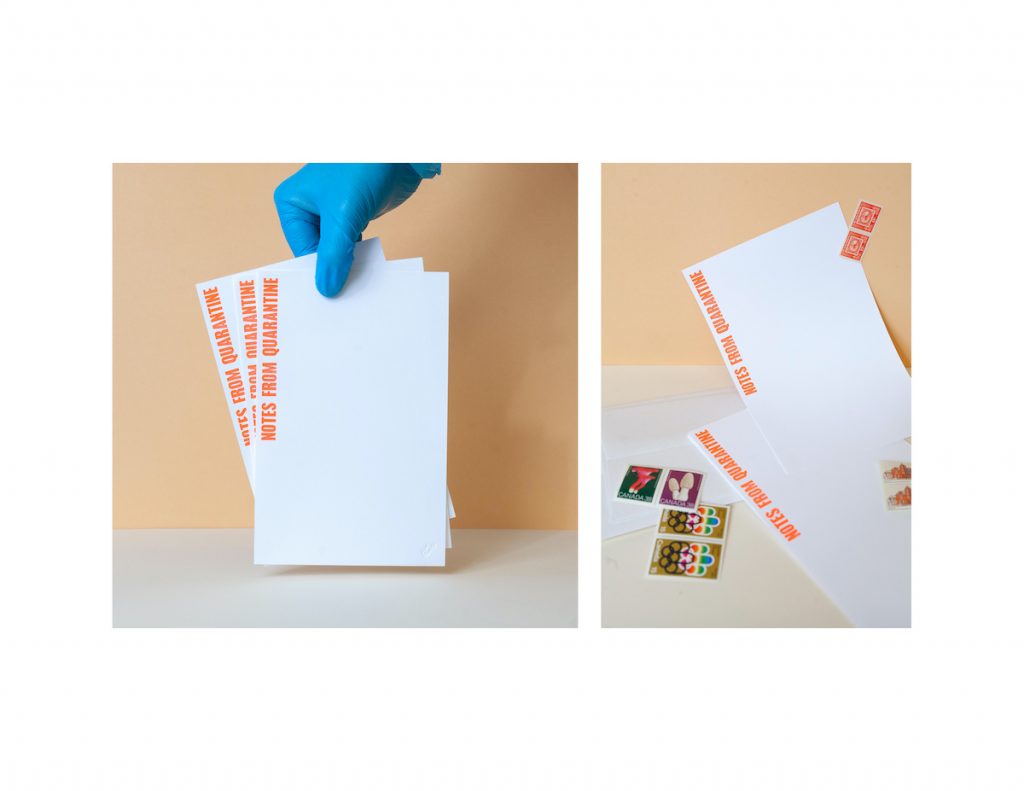 “…we feel so grateful to be a part of this community and know that we’re not doing this alone, and we’ve got people who have our backs…instead of [being] in a garage by ourselves.”[We are m]ostly just feeling grateful to be here and so grateful to be able to come to the studio right now. Being able to get out of the house makes a huge difference for my own mental health.”

We at cSPACE feel lucky for the part we have played in FEAST’s extraordinary journey. We are very much looking forward to their next creative leap.

To buy hand printed stationery and inquire about custom work please follow the link to the FEAST letterpress website. 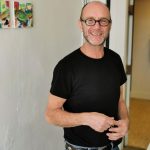 The Court Jester of the KingcSPACE Creative Community, cSPACE News 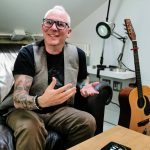