KEN LIMA-COELHO: A Catalyst for Change

KEN LIMA-COELHO: A Catalyst for Change

cSPACE is proud to announce the City of Calgary has bestowed its prestigious Community Advocate Award for 2019 on Vice President of Community Engagement for the YMCA, and cSPACE Board Director Ken Lima-Coelho. Ken has been a supporter of cSPACE and the arts in general for many years, and is known to Calgarians as a former CBC host, an in-demand host and public speaker, and an audience favourite in Calgary’s favourite a capella group, the Heebee jeebees. We were able to pin Ken down during his busy schedule to talk to him in depth about what it means to be a Community Advocate, and an artist, in Calgary today.

We can be more creative in our philanthropy, in our volunteerism, even in our business.

Ken Lima-Coelho is excited. About everything. His enthusiasm for people is evident from the moment you meet him. He is excited to talk to you, find out your perspective on things, to move conversations forward, and to share ideas, big and small. He is excited to help others have an impact, to amplify that energy he possesses and use it to light up the world. It’s that ability to energize and empathize with others that makes him a great leader, and consequently a great choice as recipient of Calgary’s Community Advocate Award (Individual) for 2019.

Established in 1994, the Calgary Awards are hosted by The City each year to recognize Calgarians and local organizations for their outstanding achievements and significant contributions to making our city a better place to live. http://calgary.ca/calgaryawards

The Community Advocate Award honours an individual Calgarian who has made a significant contribution to the community through their volunteer activities and initiatives.

Nominated by friend, lawyer, and colleague on the YMCA board, Meenu Ahluwalia, Ken was bolstered by letters of support from other community advocates and organizations including the YMCA, Calgary Counselling Centre, and the Calgary Foundation. Despite receiving these outstanding recommendations, Ken still seems surprised by the recognition. 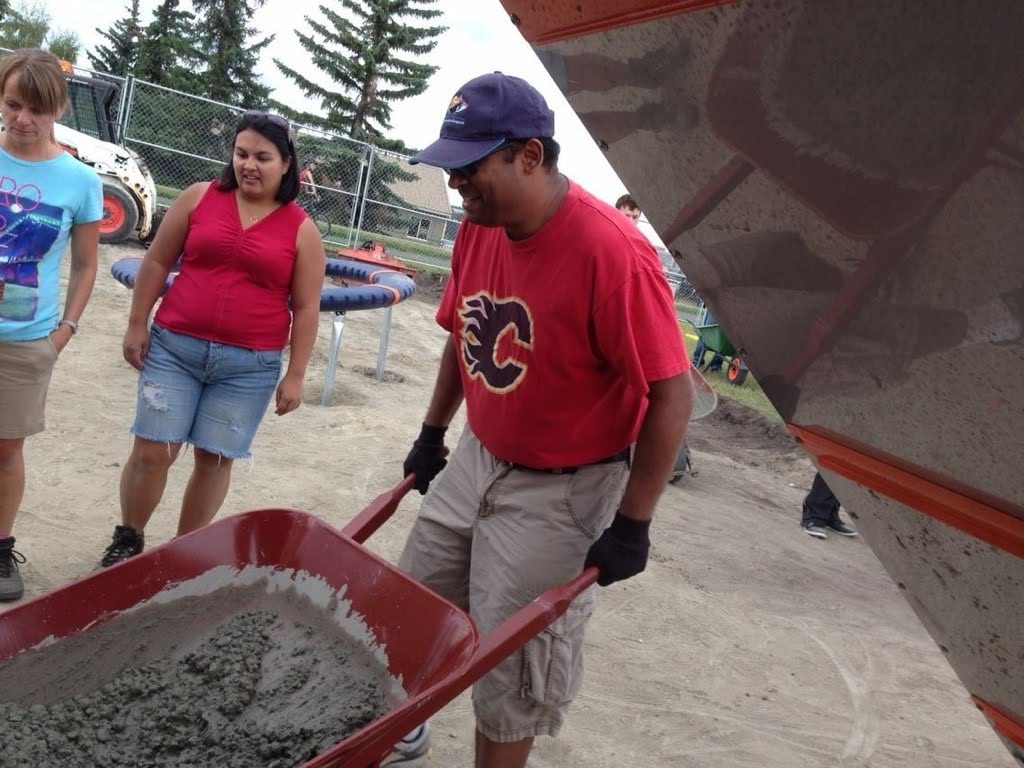 Although grateful to have been recognized, Ken can rattle off a list of people and organizations that he finds equally deserving. Perhaps too self-deprecatingly, Ken attributes his success here to being “loud.” Where others may make their contributions quietly or behind the scenes, Ken’s larger than life personality puts him in the spotlight wherever he goes. Whether it’s in his previous career as a journalist for the CBC, an emcee for some of the biggest events in town, entertaining crowds as a member of Calgary favourite a cappella group, The Heebee-jeebees, or in his current role as Vice President of Community Engagement for the YMCA, Ken has a way of standing out. Once in the spotlight however, he is more than gracious to shine that light on all the others that he sees doing great work in our city.  It’s one of the many charming attributes of Ken’s personality that he is always excited to pass the ball to others to take their shot. Ken is truly a team player and a catalyst for change.

Ken has also been involved with The Calgary Foundation for almost 20 years, currently serving as leader of the Arts and Heritage Grants Advisory Committee, and also as a member of the Grants Committee. Through their granting decisions, the Foundation has the ability to amplify the efforts of many organizations, and those organizations in turn are helping tens of thousands of people achieve what they want in the community for themselves and others.

Ken calls this approach of amplifying one, or many, in order to reach tens of thousands, “lazy.” We call it dynamite!

Advocacy is what you make it

Anyone who has seen the news or the streets or social media for the past few months, has been made aware of the state of flux of the world right now. Not only Covid-19, but the Black Lives Matter movement, and more locally for Canadians, Indigenous issues, have taken up greater space in our collective consciousness. For Ken, who has taken part in protests in the past, and covered them as a reporter, advocacy looks more like a conversation between people from different backgrounds these days. Although he supports the activism that is energizing the streets, his own style of activism involves asking questions and inviting answers in order to connect.

For roughly the time between when everything shut down in mid-March, until now, every single day, Ken asks one question of the people that follow him on Facebook. Some questions are simple, like, “What’s the best snack you’ve had this week?” Some are more provocative, “Tell me about a racialized person that’s been meaningful in your life.” The result has been a series of respectful, silly, or amazing conversations between people with different viewpoints.

[T]hat is my way of creating dialogue around some things that are actually really kind of hard. Because it’s one thing to strap on your gear and go to a protest march – and I’ve done it and I enjoy it sometimes – but it’s another to meet people where they’re at, even in their living room, give them a chance to think and to have conversations, and think differently about how our community needs to show up. 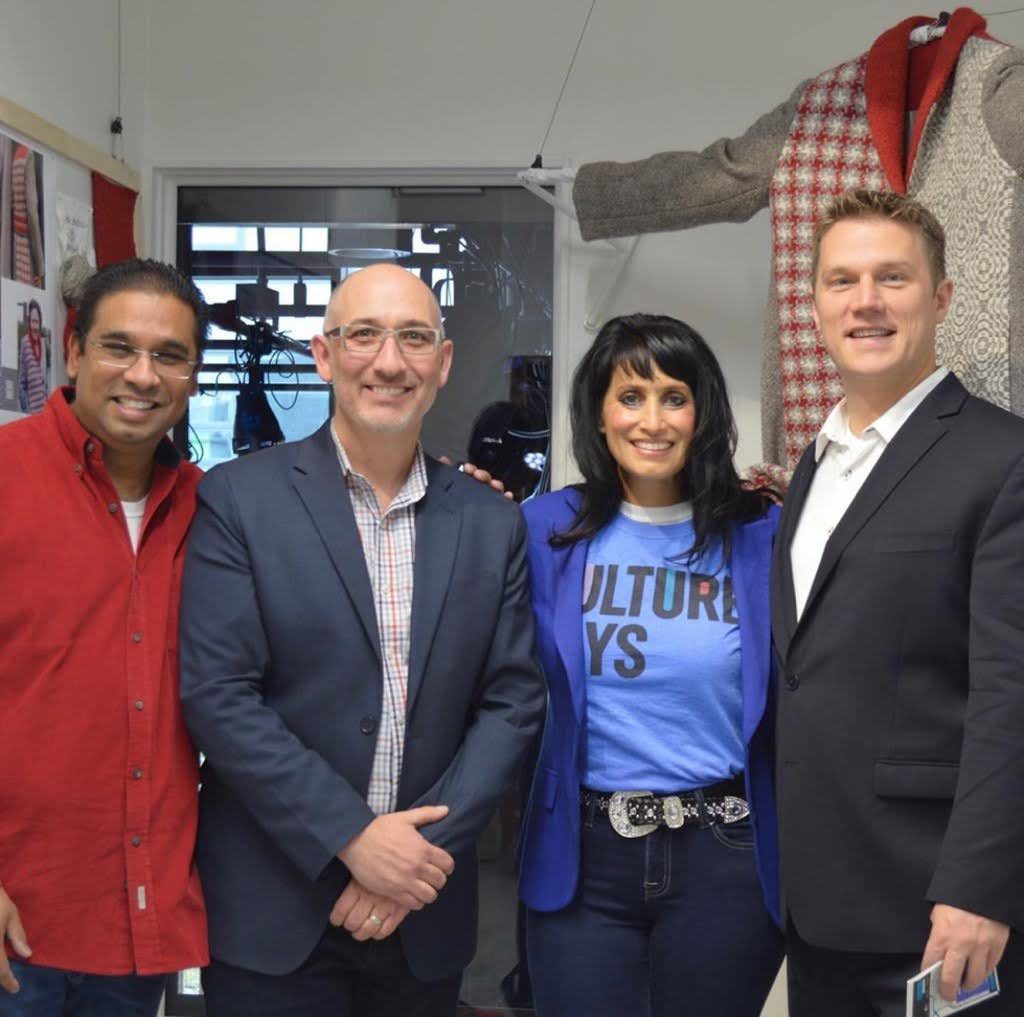 How is cSPACE a vehicle for your advocacy?

What I love about cSPACE is the vision of cSPACE is contemporary, it’s forward-thinking. [I]t’s taking a historical asset, [and] reimagined it in a way that’s completely contemporary, that’s community-focussed, that’s values-driven.” Ken urges all organizations who are struggling with all of the changes we are going through right now, to take “some of the DNA of cSPACE” and consider, “Okay, so what are the possibilities here? What are the realities? What are the things we want to honour and keep from the old way, but that we want to translate into the new way.”

Ken cites John Masters, his colleague on the board, for saying that cSPACE is the antithesis to negativity.

It finds a way to say yes and to make things happen, and to do things beautifully, and to do it at lower than market rents. It’s just smart. I think that’s the way our society needs to think, whether it’s around the environment, or it’s something about placemaking or it’s something about changing the economy that we’ve got. We’ve got to think differently about it, and that’s what I think cSPACE has really captured.

How are you adapting to the current challenges in the world?

Although Ken admits to struggling with the current isolation of our times – he is an undeniable extrovert who loves being in front of crowds, now being forced to live more in an introvert’s world – he is excited at the chance to stop and reassess, and engage in really meaningful conversations. Those conversations in turn can lead down some interesting paths.

There’s a lot of scheming going on in the community. “Hey when this is over, why don’t we try this?” or “Let’s start setting the table for us to try that.” [W]e’re doing it at cSPACE right now where we’re starting to think…and talk about how we’re going to raise some money, and think about it differently. And that’s exciting. In a pause you have time to breathe, to think, and to be creative, and it makes us all artists because we have experience that we didn’t have before.

There is no more important time to be creative than right now.

Here’s creativity – My twelve year old daughter is making biscuits. She and her mom, over the past couple of weeks, have taught themselves the fine art of sourdough. And I benefit from it every single day. And if she can do it at twelve years old, God knows the grown ups that are out here can be creative in whatever aspect of life that is. Whether it’s the pure arts, or just their approach to things, or how you perceive conversations and navigate the world. We can be more creative in our philanthropy, in our volunteerism, even in our business. So let’s get to it, there’s nothing stopping us, and if we do it right we might even get biscuits.

Once again, congratulations to Ken Lima-Coelho, on his more than deserving recognition as the City of Calgary’s Community Advocate for 2019. Ken’s style, of helping one in order to help many, fits with his sourdough story to a tea. You can give a girl a scone, or teach her to bake and you nourish everyone, including yourself. 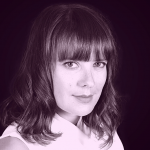 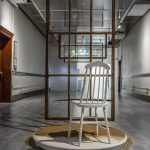 The 20/20 Wavelength Project: Who Made it MattercSPACE News, Projects
X
X