The biggest news of the year was the recent announcement by cSPACE’s Board of Directors of the official appointment of Deeter Schurig to President and CEO.

Mr. Schurig advances from his role as General Manager, following the departure in February 2019 of founding President and CEO, Reid Henry.

Our board is excited to have Deeter as our new CEO and President, his experience and track record with cSPACE and his style of leadership is instrumental to the next stages of development for cSPACE,” said board chair Dean Koeller. “The achievement in curating a diverse and creative community into the cSPACE King Edward hub has far exceeded our expectations of success. We are now seeing the impact of collaboration, connectivity, and the collisions of people and ideas flourishing for the benefit of the creative community and the city at large.

Mr Schurig, a native Calgarian, is a graduate of York University’s Theatre program in Toronto and is a Masters of Architecture alumni from the University of Calgary. After working as a stage designer in theatre and opera for 15 years, Deeter shifted his focus toward building more sustainable models to support the creative sector. In 2010, he began his involvement with the organization and has played an important part in developing cSPACE and the design and operations of the King Edward development.

The mission of cSPACE is to support the needs of artists, cultural nonprofits and creative entrepreneurs so that they can expand their positive impact and thrive,” says Deeter. “Over the past twenty-five years I have seen the tremendous potential for creative people and spaces to foster vibrant communities. In my new role, I look forward to continuing to support the collective impact of our creatives as change agents while amplifying cSPACE’s role as one of Calgary’s respected city builders.

cSPACE is also pleased to welcome new members Ken Lima-Coelho, Greg Clark, Stephanie Raynor Hohol, and John W Masters to its dynamic Board of Directors. “With the ambition to be a creative force in Calgary, we are pleased that our team of existing and new board members is comprised of committed community champions,” says Schurig.

Today’s announcement builds on cSPACE King Edward’s success as a thriving arts hub with some 40 arts and culture tenants and as a vibrant destination for hundreds of community events each year.

Thank you to David Parker and the Calgary Herald for this lovely recent article on Deeter’s story:

New leader and new art for a creative space. 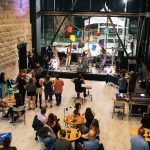 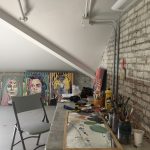