APPLY FOR A STUDIO

cSPACE King Edward is led by a small team of dedicated enablers, conveners, animators and collaborators.

Our staff manages a complex facility while underpinning the collaboration, collisions, risk-taking, and community building that helps drive innovation. 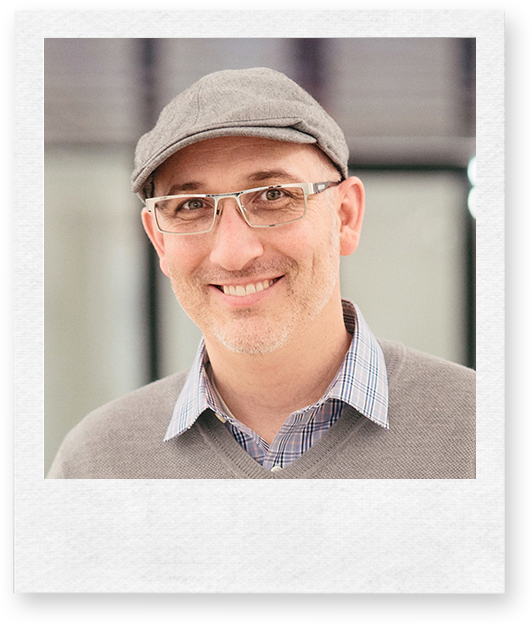 Deeter Schurig is a multidisciplinary designer and passionate leader for city-building. His 20 years of professional practice combines experience in stage design, architecture and project management into an approach for designing, developing and managing space for creative communities to thrive.

Deeter leads the social purpose business of cSPACE to build a network of large scale, multidisciplinary creative workspaces. Since 2009, his focus has been to develop the award-winning cSPACE King Edward Arts Hub, a historic sandstone school converted into a LEED Gold facility. Prior experience includes freelance design work on theatre and opera projects across Canada and abroad.

Deeter has a Masters in Architecture from the University of Calgary and a BFA in Theatre Production and Design from York University. A native Calgarian, Deeter resides here with his creatively-infused family and is pleased that cSPACE captures his passion to develop innovative places that are inclusive, equitable, environmentally responsible and excite the imagination of Calgary. 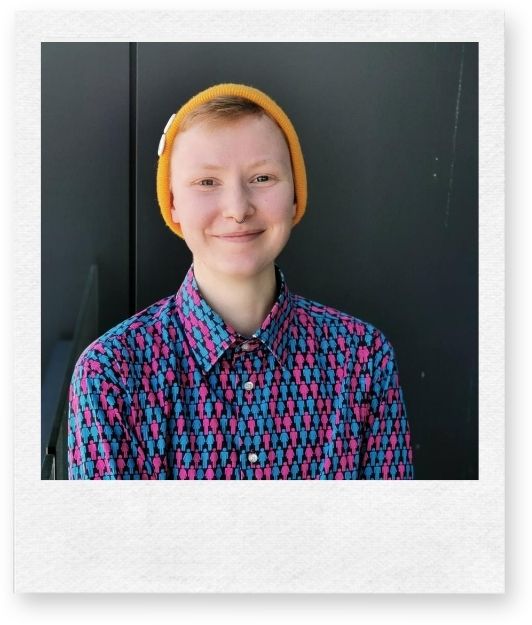 Maxime Beauregard is a non-binary polyglot multi-potential-diverse human. After graduating from the School of Toronto Dance Theatre, Maxime worked in contemporary dance (dance, choreography, teaching) as well as in backstage production (stage management, assistant producer, coordination, wardrobe technician and costume stitcher). Beauregard worked on multiple festivals with an assistant stage management practicum for dance and opera at the Banff Centre. In 2017, they worked on the touring season of Toronto Dance Theatre and then started their journey as a nomad traveler (videography, photography, content creator). In 2019, Maxime found their home in Calgary and started performing with Fake Mustache Drag Troupe as a drag king, Alek Ginger Bend. Alek is the winner of two Calgary competitions and has performed on the main stage of Vancouver and Calgary Pride. Maxime is now very honored to be a part of the team as the Facility Administrator for the diverse community that is cSPACE Projects. 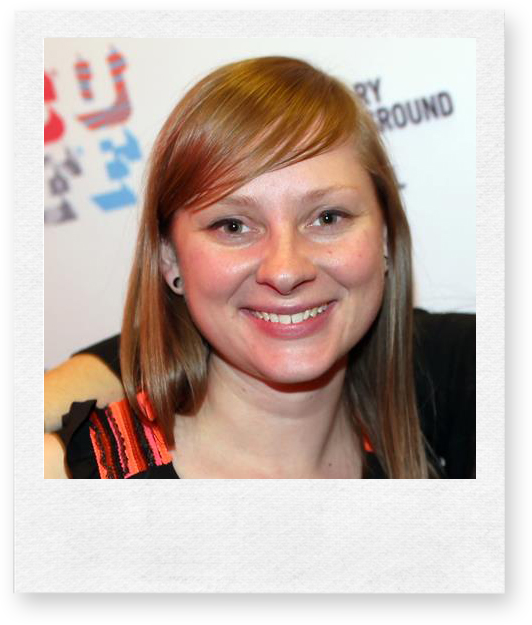 Karilynn is an administrative professional with a passion for arts and heritage spaces, and a graduate of the Alberta College of Art and Design with a BFA in Drawing. Growing from an artistic practice in animation, she discovered a passion for film, media, and film festivals. Past tenures in the non-profit media arts include Quickdraw Animation Society and the GIRAF Animation Festival, Calgary Underground and Calgary International Film Festivals, and the Banff Centre for the Arts. Notable past projects include instigating and executing the GIRAF Animation Festival’s Animated City Project, which projected giant animations onto buildings in Calgary’s core. 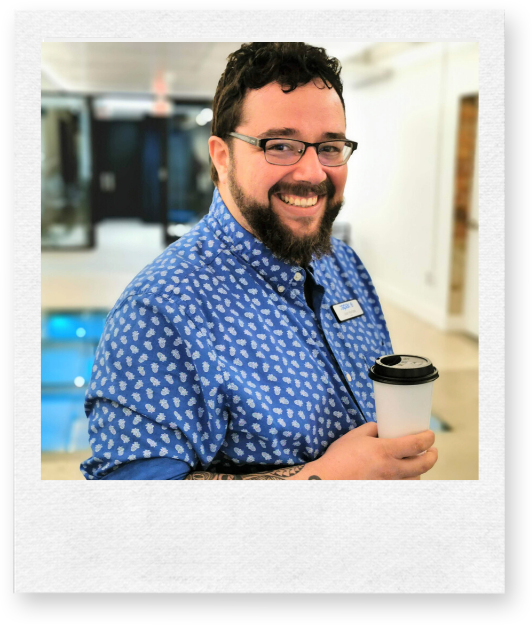 Juan Hurtado was raised in Ecuador and moved to New York state to get his BFA in Theatre and Physics. He graduated in 2011 after which he moved to Calgary to rejoin his family, who had immigrated. After freelancing as a technician for several years, he worked at Arts Commons as the Technical Coordinator for the Engineered Air Theatre. He then moved to the National Music Centre, where he was the Production Manager before taking the role of Theatre and Facility Manager at cSPACE King Edward. He is very excited to connect with the cSPACE community and continue to grow the creative projects that make it so unique. Juan lives with his wife and chihuahua in Calgary, spending his time diving underwater sites in Alberta and volunteering for his community association. 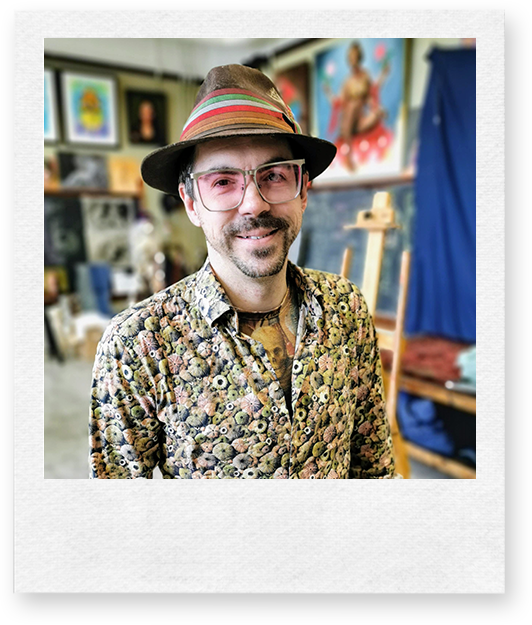 Brian “Bunny” Batista has set his sights on mastery in this lifetime. After getting a degree with distinction in 2001 from the Alberta College of Art and Design he went on to work in media arts and animation, and co-founded the Calgary Underground Film Festival. Since 2011, Bunny has been teaching in the Continuing Education department at the Alberta College of Art and Design. He also continues to teach animation to teens at the Quickdraw Animation Society. He hosts introductory sampler classes every few Sundays at Swinton’s Art Supply.

A man of many hats, Bunny found his bliss when he began to follow his passion as an arts educator and opened Atelier Artista. Bunny continues to study abroad and hone his skills through workshops and residencies so that he can bring the knowledge and experience back to Calgary and offer it to students at the Atelier. The approach at Atelier Artista fuses a western methodology and the classical model in a refreshing and exciting way. The curriculum is holistic with a goal to increase the quality of fine art by encouraging the proper training of practical art skills. At Atelier Artista students learn to see in new ways and to improve their skills through hands on engagement and academic exercises. 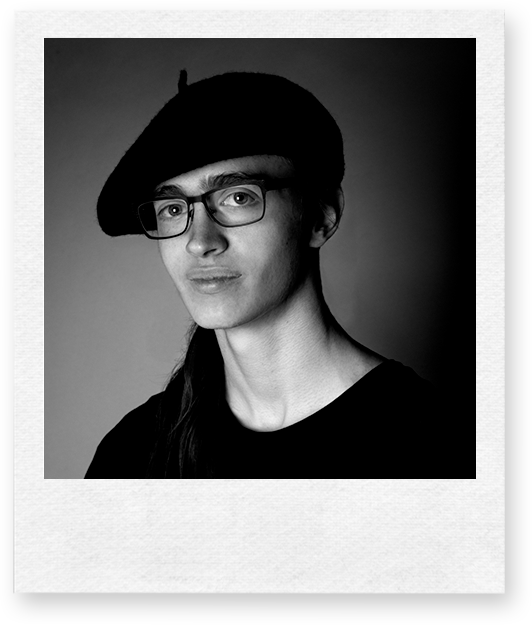 Tauran is a local emerging artist in lighting and sound design and technical theatre. She is in her fifth year in the drama program at the U of C, where she has designed lighting and/or sound for shows including Rhinoceros, Woyzeck, and Mauser, along with creating the festival plot for Alchemy 2019. She has also worked as a technician with Company of Rogues, Urban Stories Theatre, University Theatre Services, and cSPACE. In the (rare) moments when she isn’t working on theatre, she fences foil, works on her 3d printer, and reads and re-reads all the books she can. 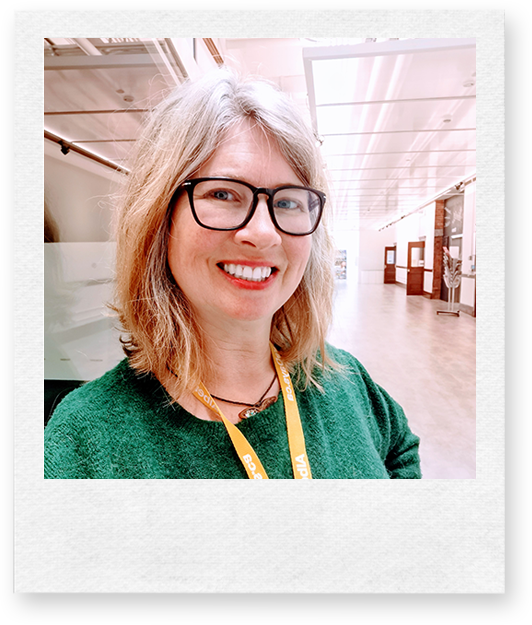 Nicole is delighted to be working at cSPACE after falling in love with the building during an early tour while it was still under construction. She has dabbled in all of the arts at one time or another. She is often recognized for unusual things, or because she looks like your Aunt Mimi. In time away from work you will usually find her involved in improv as a teacher, coach and performer with the Kinkonauts, or playing the ukulele. At home she is a mom to two awesome boys, and a mother figure to two cats and a Chi-weenie. 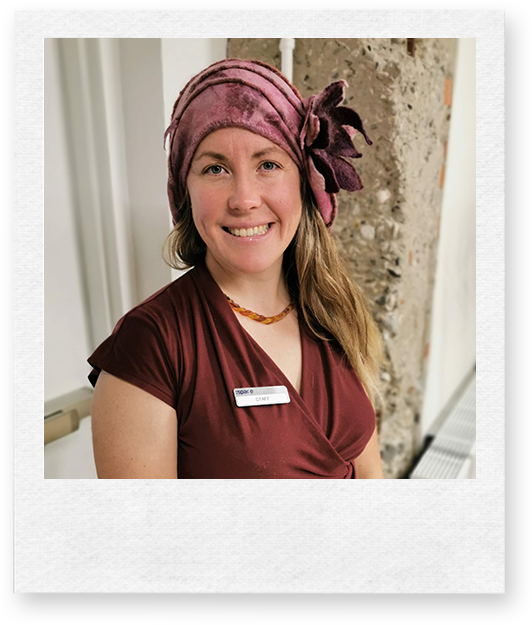 Eily is a singer/songwriter, harpist and transformational facilitator in Calgary, Canada known for her ability to create safe spaces that inspire inner peace, connection and hope. For over a decade, Eily has performed on stages across North America. Her second CD, A Journey of the Heart, was released in 2018 and she recently completed her first western Canadian tour. With a passion to support mental health, she founded the Home Shall Be Here project, which toured to 14 communities across western Canada in the spring of 2019. 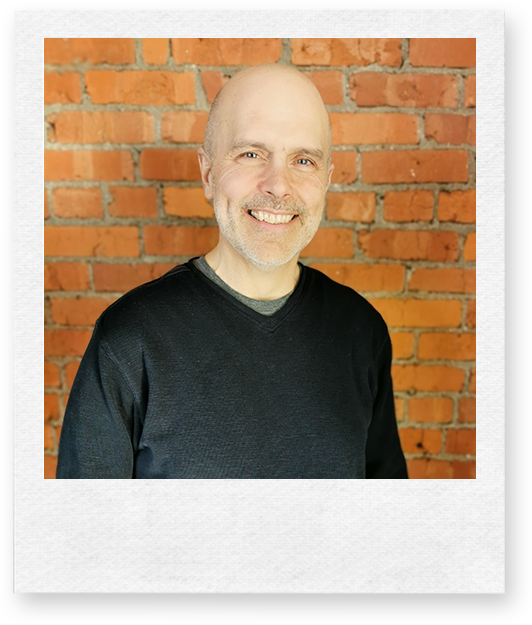 In 2011, Darren sold his house and IT consulting business to travel the world by bicycle. Five years of nomading later he returned to Calgary and commenced writing his first travel memoir, tapping into the goldmine that is the Alexandra Writers’ Centre Society for writerly support. When AWCS moved to cSPACE, Darren was blown away by the concept of a building dedicated to supporting and nourishing creativity, collaboration and community. Not to mention how good it felt being there as a member of AWCS. When an opportunity to be a part of cSPACE came up, Darren jumped at it. His role as Event Support Staff has expanded to include software and technical support and he is thrilled to contribute to this game changing organization. He is currently working on his second book. His first book, Memoirs of a World Cyclist is available on Amazon. 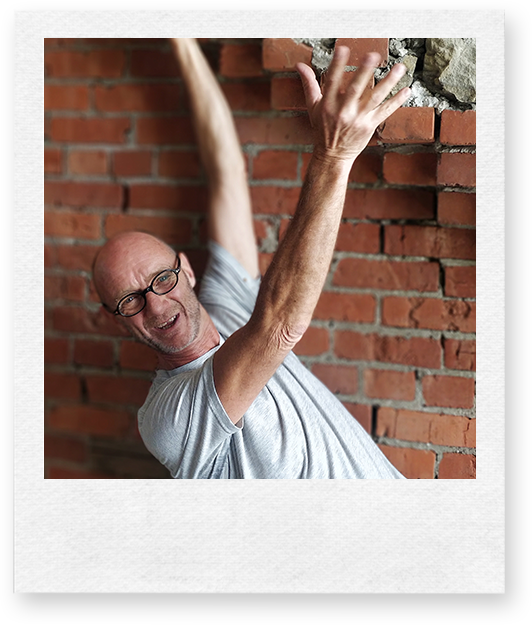 My community experience in Quebec, my passion for art and culture has permitted me to access a great position in Western Canada. Being the King Edward’s “court jester” I take care of the building’s mechanical. Jack of all trades with high maintenance standards please! The artistic community from cSPACE contributes to my creativity in my work space in Calgary! It is very stimulating.